"Louis is a fantastic lawyer and business partner." "He is incredibly client-centric, he's responsive and commercial."

A "Master Networker" in Silicon Valley.

"Louis Lehot is known for the high quality of his advice, his responsiveness and passion for his clients."

"Clients have commented on the ease of working with Louis, and his ability to crossover between international space."

"His legal advice is superb, he has a very good understanding of all of the legal aspects of investing, he has strong business acumen and offers strong business advice." "Louis personally ensures quality, efficiency and value on every transaction we work on."

Louis Lehot is a partner and business lawyer with Foley & Lardner LLP, based in the firm’s Silicon Valley, San Francisco and Los Angeles offices, where he is a member of the Private Equity & Venture Capital, M&A and Transactions Practices and the Technology, Health Care, and Energy Industry Teams. Louis Lehot focuses his practice on advising entrepreneurs and their management teams, investors and financial advisors at all stages of growth, from garage to global. Louis especially enjoys being able to help his clients achieve hyper-growth, go public and successfully obtain optimal liquidity events.

To assist his clients in realizing their objectives, Louis Lehot brings to bear a broad array of legal and business instruments, processes and strategies, from formation to liquidity. Prior to joining Foley, Louis was the founder of L2 Counsel, a Silicon Valley boutique law firm. 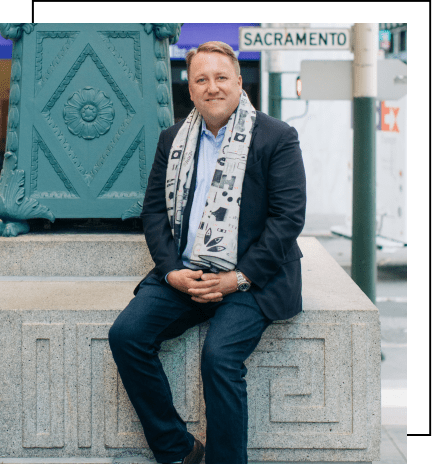 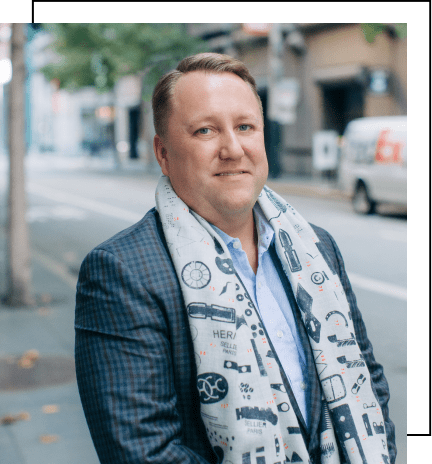 Mergers & Acquisitions for Buyers and Sellers

I have known Louis personally and professionally for close to 30 years. He is highly-skilled, hard-working, business savvy and trustworthy. Louis and I worked together in Paris. He is bilingual, multi-cultural and passionate about his work. Louis leads with his heart and is a kind and generous person.

I started working with Louis in early 2013 and he has been a trusted colleague and mentor ever since. Over the years working with Louis, I have learned how to problem-solve, negotiate and listen to clients with empathy. Louis is extremely dedicated to his clients and has a passion for helping businesses, ranging from startups to global conglomerates, I have not seen in other partners. His 24/7 availability and natural ability to immediately drill down and execute on goals makes him the go-to advisor to many companies, investors, and colleagues.

Louis is my first call when I need any legal opinion in the Silicon Valley. I have worked with a number of law firms and attorneys in the Valley, no one come close to his knowledge and practice of a variety of corporate legal matters in VC-backed private companies. Not only he is knowledgeable, details oriented, spot on on his predictions of how each scenario will play out, he is also great with people, from founders to legal teams, and generous in offering his time and help. I am privileged to know and work with him.

Louis is focused on client service and obtaining the most efficient outcomes for his clients. He provides practical and thoughtful advice on complex corporate, securities law and M&A matters. I highly recommend his services.

Q1. What are the current trends in the venture capital market?

The pandemic made a very challenging year for many businesses. Most braced themselves for a profound economic impact as shutdowns began. By Q1 2021, however, investments surged to a new quarterly record, according to PWC and CB Insights’ MoneyTree Report.

According to the Q1 2021 Benchmark Venture Capital Report from The Venture City, the first quarter saw a record 98 new unicorns compared to 64 in Q4 2020.

Unicorns may still be rare, but they are gaining on the horses.

Q2. What are the stages of venture capital funding?

There are four different stages where we see venture capital firms focusing, each with its own specific characteristics.

Q3. What changes have you seen in earlier rounds of venture capital fund raising? What is the impact of those changes?

With all the changes to earlier rounds of raising venture capital, companies are staying private much longer. The terms in these pre-IPO or later growth rounds that were before quite exotic are going to become intricate and interesting.

Mega-VC funds or public pools of capital dipping into the private markets have been the driver of this change. Their involvement changed the whole venture model, because they are investing large amounts of money at later stages. Previously, companies had to get access to public markets to raise that kind of capital. It changed the calculus and perspective on the market. As a result, by the time companies are going public, they are worth tens of billions of dollars. These valuations were unheard of before now.

Q4. What should we consider before raising a first round of venture capital?

Q5. As a startup, who should we approach for seed stage funding?

As you embark on your first fundraise or a full venture capital round, startup founders need to know who they are talking to when they go out to raise money.  You don’t want to waste your time or be “out of school” approaching late stage funds when you are pre-revenue. With many funds focusing on a vertical strategy, founders must also pursue funds in their space.

Q6. What are the key financing instruments used in the various stages of venture capital?

Q7. Which corporate and securities filings does a startup need to file?

Corporate filings are required upon incorporation of your company and following several key events that will occur through your company’s lifecycle.

When your startup is first formed, you must file a charter. Regardless of where the charter has been filed, it will set forth the classes of stock held by the corporation, the rights and privileges associated with those classes, and the corporation’s purpose and agent’s address. Additional corporate filings can include:

Corporations are also required to make sure any securities they issue comply with the state and federal laws. This could be done through filling with the SEC or finding an exemption. State securities laws will be different for each jurisdiction, so it is best to have your legal team review what is required for your corporation.

Q8. Does a startup need a lawyer?

In the early stages of a startup company, taking legal support is one of the most important steps. Before panicking and hiring someone out of nowhere ask yourself what kind of legal support do you need? This will help you determine what your company needs and make sure that it is secured. Rocket Lawyer and Legal Zoom provide inexpensive forms if you need help with initial paperwork.

Some companies will need more legal support than others. Legally starting a corporation is simple, however hiring a lawyer or seeking legal counsel is crucial to make sure you do not miss anything. Lawyers can also aid with major legal challenges such as regulations, industry concerns, leasing agreements and more. It is also important to make sure all the legal documents are in order when the time comes for a round of venture investment or an exit. From our experience, it is usually more costly to fix these problems if a startup does not engage a lawyer to get everything right from early in the game.

Choosing the right Lawyer is also important when starting a corporation. Make sure you choose someone with an honorable reputation. It is also beneficial when that Lawyer is connected to a firm. Most likely, lawyers connected to firms have more resources and could help you with social networking.

Q9. What should we do if a customer or client threatens a lawsuit?

Lawsuits are an unfortunate reality of many businesses. Sometimes an insignificant customer pain point can escalate into a class-action lawsuit very quickly. There are some tips to remember when your business is threatened with a legal action.

Q10. What are the stages of an M&A transaction?

As a company goes through an M&A transaction there are 8 key stages that typically occur:

Q11. How can we run the most effective board meetings?

Once the first round of VC financing is closed, your startup will have to have more formal meetings with the board of directors. These meetings can provide beneficial relationships between the investors and the experts. Some ideas on what to take into account when planning your next board meeting:

Q12. What do we need to know about privacy and related considerations?

Privacy is really a spectrum depending on the stage of your business. As a startup founder or someone who is involved in the early stages of a company, your privacy focus is going to be different than if you were at a mid-stage or late stage company. You will have different budgetary and resource constraints, and your risk profile may vary.

Personally identifiable information (PII), which may also be called personal data or personal information, is a key concept when it comes to data privacy. PII refers to any information that can be used to identify a natural person or be reasonably associated with a natural person. This includes obvious identifiers such as names, emails, phone numbers, but can also include unique device identifiers, and information held in combination with other information where such combination can be used to identify a person. Most companies will encounter PII fairly early on, but the disclosures you will need to make will vary as your business grows.

Q14. Which transaction structure is optimal for selling our business?

Evaluating the various structuring alternatives before undertaking a formal sale process allows the seller to choose a preferred structure and set expectations with prospective buyers regarding deal structure at the outset.

There are multiple ways to sell your business when you are ready however these are the most common. Regardless, it is wise to seek legal counsel for more advice and planning before you make your decision. 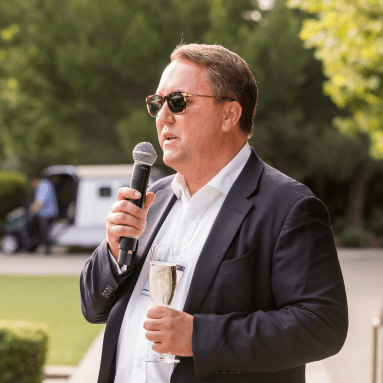 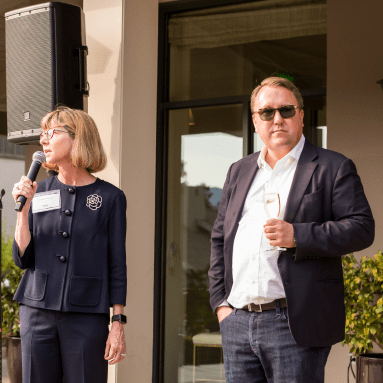 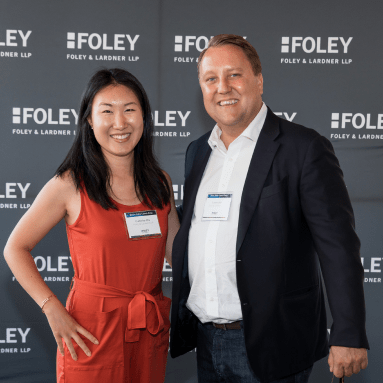 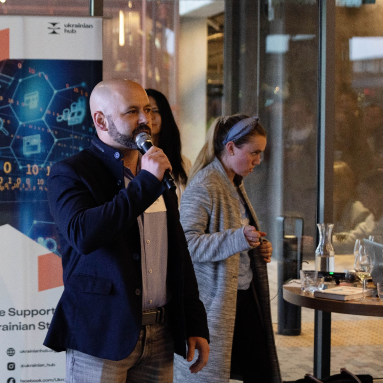 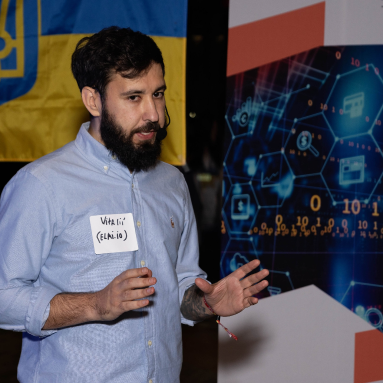 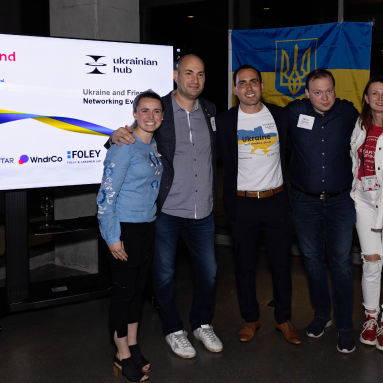 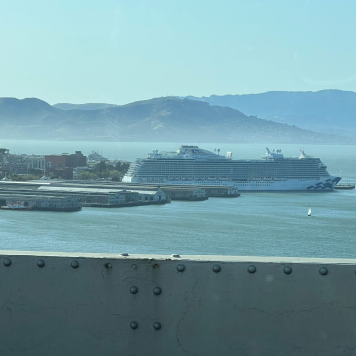 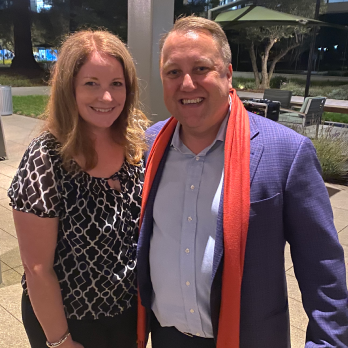 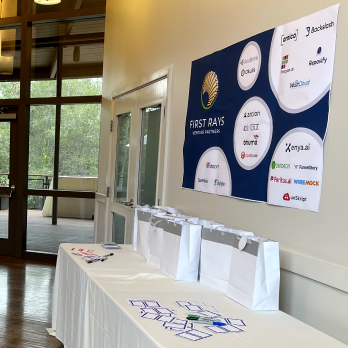 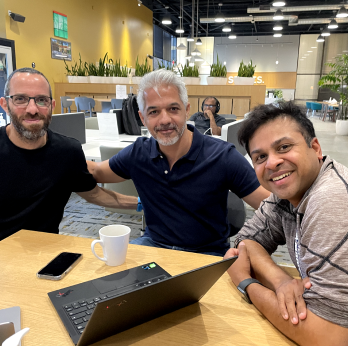 Stay on the EDGE with us.

Fill the form below and we will get back to you!

Stay on the EDGE with us.